Back to the News

The Brasserie de Silly is increasingly committed to the circular economy 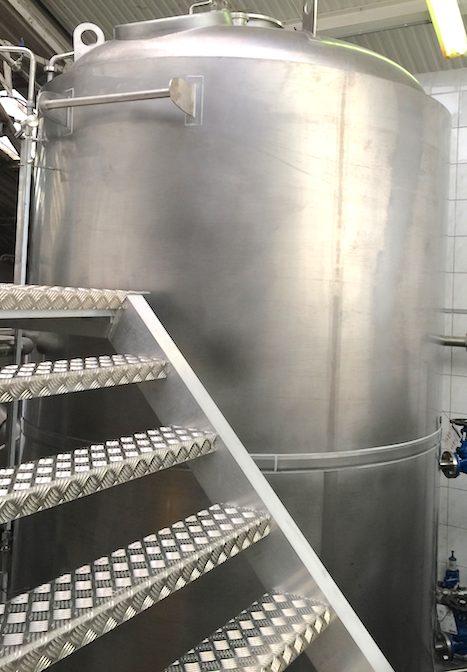 This is a very present-day theme. But what is it? The circular economy aims to change the paradigm from the so-called linear economy, limiting the waste of resources and the environmental impact, and increasing efficiency at all stages of the product economy. At Brasserie de Silly, recycling waste and saving energy are priorities.

The Brasserie de Silly produces one ton of spent grain per brew: 320 tons per year. They result from the filtration of the wort at the end of saccharification, which eliminates all the solid residues before the beer fermentation. Fresh spent grains, without processing, are made available to local farmers and used for animal feed. Spent grain are foods that are concentrated in proteins and minerals.

Yeasts are microorganisms used to convert sugars into alcohol and carbon dioxide during fermentation. After fermentation, a tank purge is performed. This releases a mixture of beer and still active yeasts. The Brasserie de Silly produces around 5 T of residues per week, which represents 250 T per year. A centrifuge is ordered to remove suspended matter in the beer at the end of fermentation. This will give the possibility of recovering beer, to put back into production, and yeasts. A study to revalue yeasts is in progress. These contain a lot of anti-oxidants and protein. They could be valued in different sectors: food, agro-food, cosmetic etc.

The yeast recycling study will be carried out in 2022.

During the fermentation process, CO2 is created and then released. The Brewery plans to install equipment to recover and store this CO2, which is released into the atmosphere and therefore lost. About 4 kg of CO2 are produced per hectolitre of beer. The equipment will thus reduce the impact of our activity on the environment.

400 solar panels installed on the rooftops of the Brewery produce 100 Megwatt hours (MWh) of electricity annually, which ensures savings of 25% in energy consumption. This allows us to reduce our CO2 emissions by 60.5T and to produce in a more eco-responsible way.

We have a steam pipe insulation project for 2022. Steam has 3 essential functions in the Brewery.

1. Heating of the water during beer brewing. At around 45-50 ° C, the insoluble malt proteins are transformed into amino acids, by the combined action of water and enzymes (proteinases and peptidases) which are reactivated. Between 60 ° C and 65 ° C, the saccharification stage allows the formation of fermentable sugars thanks to the decomposition of the starch. Between 68 ° C and 75 ° C, the saccharification stage this time allows the formation of non-fermentable sugars.

2. Heating of the beer during its pasteurization between 65 and 75 ° C, which ensures its biological stability, all pathogens having disappeared.

3. Cleaning and sterilization in place of tanks and internal surfaces of pipes, equipment, filters and associated fittings without the need to disassemble them.

This steam pipe insulation project should allow us to reduce our energy consumption and decrease our carbon footprint.

In addition to the recovery of residues and energy savings, we take back and recycle the returnables (bottles and stainless steel beer kegs), and we promote short supply chains.

With our teams, we are committed to the circular economy. Other projects will emerge in the coming months. They will further reduce our carbon footprint and contribute to the ecological transition.

This website uses cookies to improve your experience while you navigate through the website. Out of these cookies, the cookies that are categorized as necessary are stored on your browser as they are essential for the working of basic functionalities of the website. We also use third-party cookies that help us analyze and understand how you use this website. These cookies will be stored in your browser only with your consent. You also have the option to opt-out of these cookies. But opting out of some of these cookies may have an effect on your browsing experience.
Necessary Always Enabled
Necessary cookies are absolutely essential for the website to function properly. This category only includes cookies that ensures basic functionalities and security features of the website. These cookies do not store any personal information.
Non-necessary
Any cookies that may not be particularly necessary for the website to function and is used specifically to collect user personal data via analytics, ads, other embedded contents are termed as non-necessary cookies. It is mandatory to procure user consent prior to running these cookies on your website.
SAVE & ACCEPT