Poached egg with ham and cauliflower

This recipe was created by The Foodpairing® Company in tune with the taste profile of Double Enghien Blonde. The beer has a slightly fruity and zesty aroma with floral impressions and touches of malt. It has a slightly bitter taste that carries on into the finish where it grapefruit and hop flavours transcend it. It’s a beer with plenty of body.
Serve with a Double Enghien Blonde at a temperature of between 4 and 8°C. 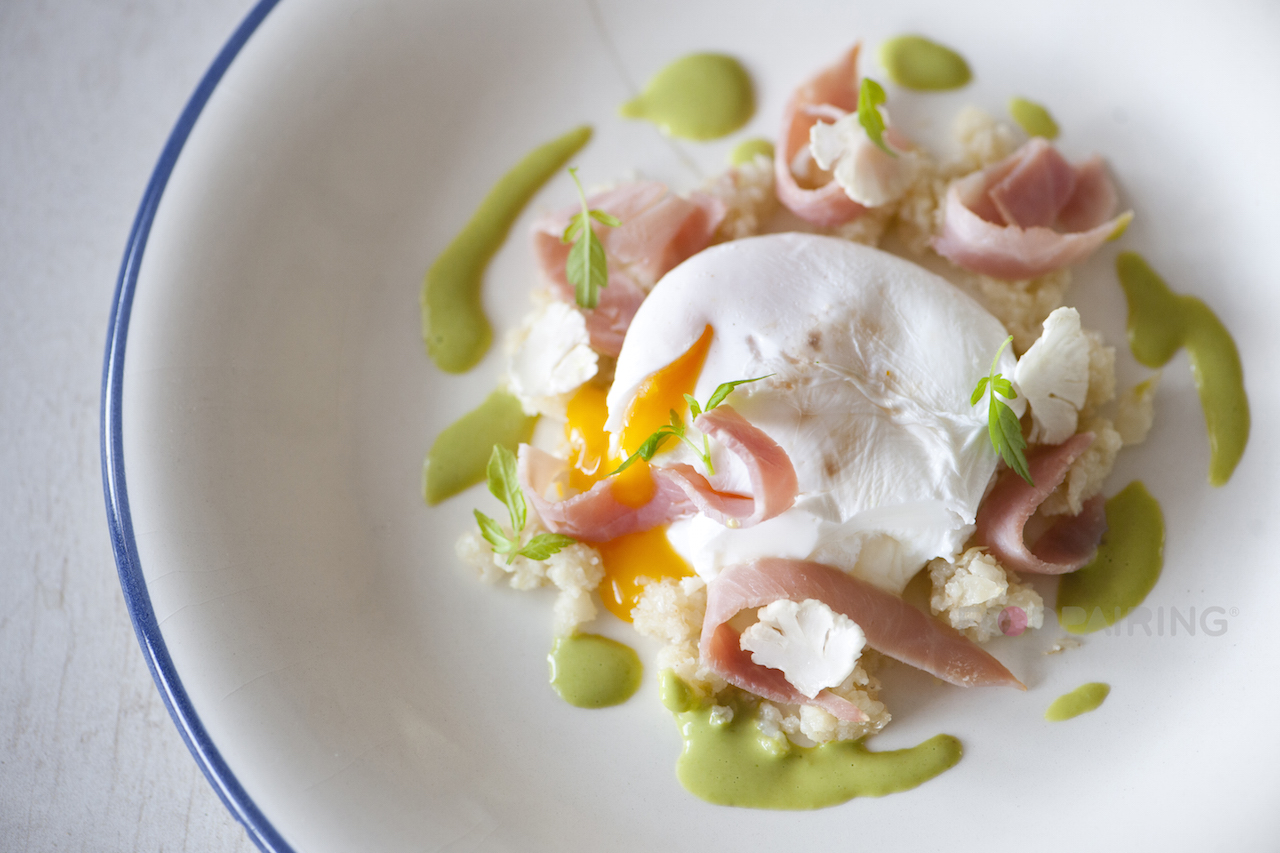 1 / Fill a large saucepan 3/4 with water and bring to the boil. Add a dash of vinegar until the water has a slightly sour smell.

2 / Break each egg into a separate coffee cup.

3 / Lower the water temperature and keep it just below boiling point. Stir the water with a spoon or whisk until the water boils. Pour the first egg into the middle of the boiling water. It will be done after two to three minutes. Carefully remove the poached egg from the water and trim the edges. Repeat for the second egg.

4 / Separate the cauliflower into florets. Using a mandolin, cut off several slices for use in the marinade. Chop up the remaining cauliflower, using a food processor, to make a couscous. Fry this cauliflower couscous in hot butter and season to taste.

5 / Blend the marinade ingredients – the vinegar, salt and sugar. Add the sliced cauliflower when the salt and sugar have dissolved completely and allow to marinade for 15 to 20 minutes.

6 / Blend the parsley with the egg yolk and the crushed ice. Season with pepper and salt. Add the grapeseed oil whilst mixing and season to taste.